Women of Lent I: Martha of Bethany 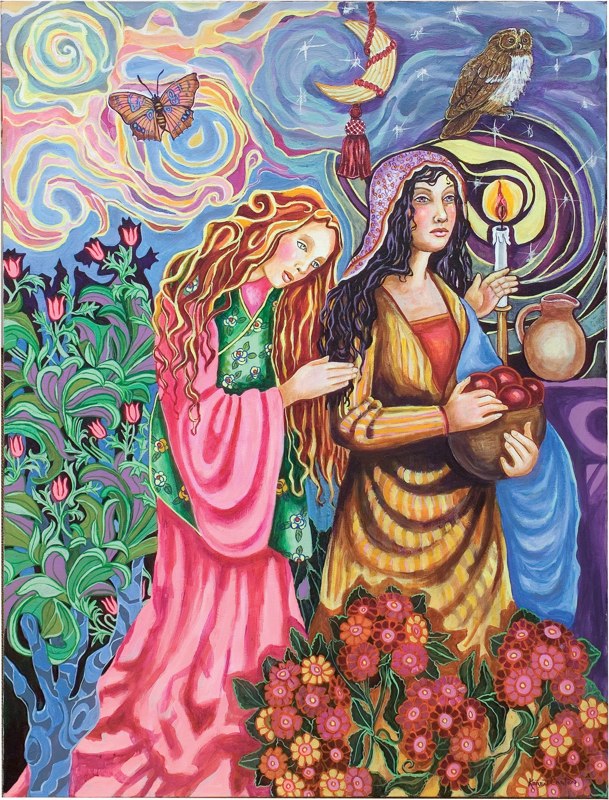 During Lent, a season traditionally known for self-reflection and penitence, we’ll consider here the actions of several New Testament women. All, save one, were friends with Jesus. And it’s too bad the remaining one—Pilate’s wife—didn’t have more clout with her husband, for had Pilate listened, Jesus’ life might have been spared.

Today, Martha of Bethany: sister of Mary and Lazarus, and friend of Jesus.

We see her character most clearly during the “I need some help!” dinner conflict (Luke 10), and when Lazarus dies (John 11).

Act I: Put yourself in Martha’s place. You are making dinner for Jesus and his friends, over a dozen people. You were the one who invited them…but seems a large group, larger than you had thought.

You can tell they haven’t had a good meal in weeks. They’re starving. Andrew and Bartholomew are already nodding off in the corner. Let’s see…food for fifteen…fish would be good…have to get that and lots of water at the well…maybe some pickled herring on the side… Wine? Someone will have to run and get it. Jesus turned wine into water once, but his mother isn’t here to make him do it now. Figs. Figs would be good after dinner.

Soon the floor becomes more crowded, for in first-century Palestine, it is normal to stretch out on one’s side to eat. You need help. Where is Mary?

Ah, of course: at Jesus’ feet. You tilt your head, showing her that you need her. Nothing. You gesture with your hand. No response.

Jesus: “Martha, Martha. Your distractions overpower you. One thing for dinner is enough; one stew pot is plenty. Mary has chosen the better part.”

Act 2: Lazarus is terribly sick, almost to the point of death. You send a messenger for Jesus, sure that he will heal your beloved brother. No response; Lazarus dies. With tears and precious oils, you anoint his body and place it in the burial caves.

You: “Lazarus would not have died if you had been here! And even now, I know that God will give you whatever you ask.”

Jesus: “Lazarus will be raised up.”

Jesus: “You don’t have to wait. I am the resurrection and the life. The one who believes in me, even though he or she dies, will live. Do you believe this?”

You: “Yes. All along I have believed that you are the Messiah, the Son of God who comes into the world.”

And then the mad rush to the tomb with townspeople, neighbors and your sister Mary.

Lazarus stumbles out, his eyes blinded by the light. And you were right; there is a horrible smell of decaying flesh.

But it doesn’t matter. Nothing matters right then. Except for Lazarus. Except for Jesus. Except this: What you had long suspected—that Jesus is the Messiah—has been confirmed.

#1. Traditionally, Martha has been seen as inferior, not as spiritually developed as Mary. She is neither. In her sometimes harried life, she simply takes on too much–like most of us. Jesus reminds her to focus on what is most important, namely his presence. He seems to suggest that one item is sufficient for dinner.

Bottom line: Don’t overdo things when it comes to taking care of those around us, especially to the extent we are ignoring Jesus in our own souls.

#2. Jesus and his friends might have gone to that little house in Bethany once, at Martha’s initial invitation. But would they have returned if it was not such a place of transformation? Most of what made their renewal possible was due to Martha: the ultimate minister of hospitality.

Bottom line: Hospitality is a great gift, especially appreciated by Jesus. Let’s stop underrating that particular spiritual gift, and those who provide it.

#3. By declaring that Jesus is Lord, especially before Lazarus is raised, Martha offers up one of the most magnificent confessions of faith in the New Testament. She affirms eternal life (which is new) by saying that Lazarus will rise again in the resurrection on the last day; and she states that Jesus “is the Messiah, the Son of God, the one coming into the world–and she knows that Jesus could have saved her brother from death by healing him first.”

Bottom line: Martha of Bethany is both friend and theologian, offering one of fullest and most elaborate statement of understanding the nature of Christ in the New Testament.

#4. Martha was no shrinking violet. Tradition has it that, after the death of Jesus, she went on to become a missionary, traveling as far as modern-day France, intent on spreading the word about Jesus and protecting his people. Often pictured with a dragon at her feet and an asperges (a container used to splash holy water), she is credited with saving the people of Aix from a dragon hiding on the banks of the Rhone river.

Bottom line: For Jesus, Martha would do whatever needed to be done: make meals; sweep the floor, shelter the disciples, proclaim Jesus as Lord— even kill dragons! A great example, a great role model for us–and one who also stands in solidarity with women of faith throughout the centuries, doing what needs to be done to bring in God’s kingdom.

Adapted from Bible Women: All Their Words and Why They Matter, published by Forward Movement, 2014.