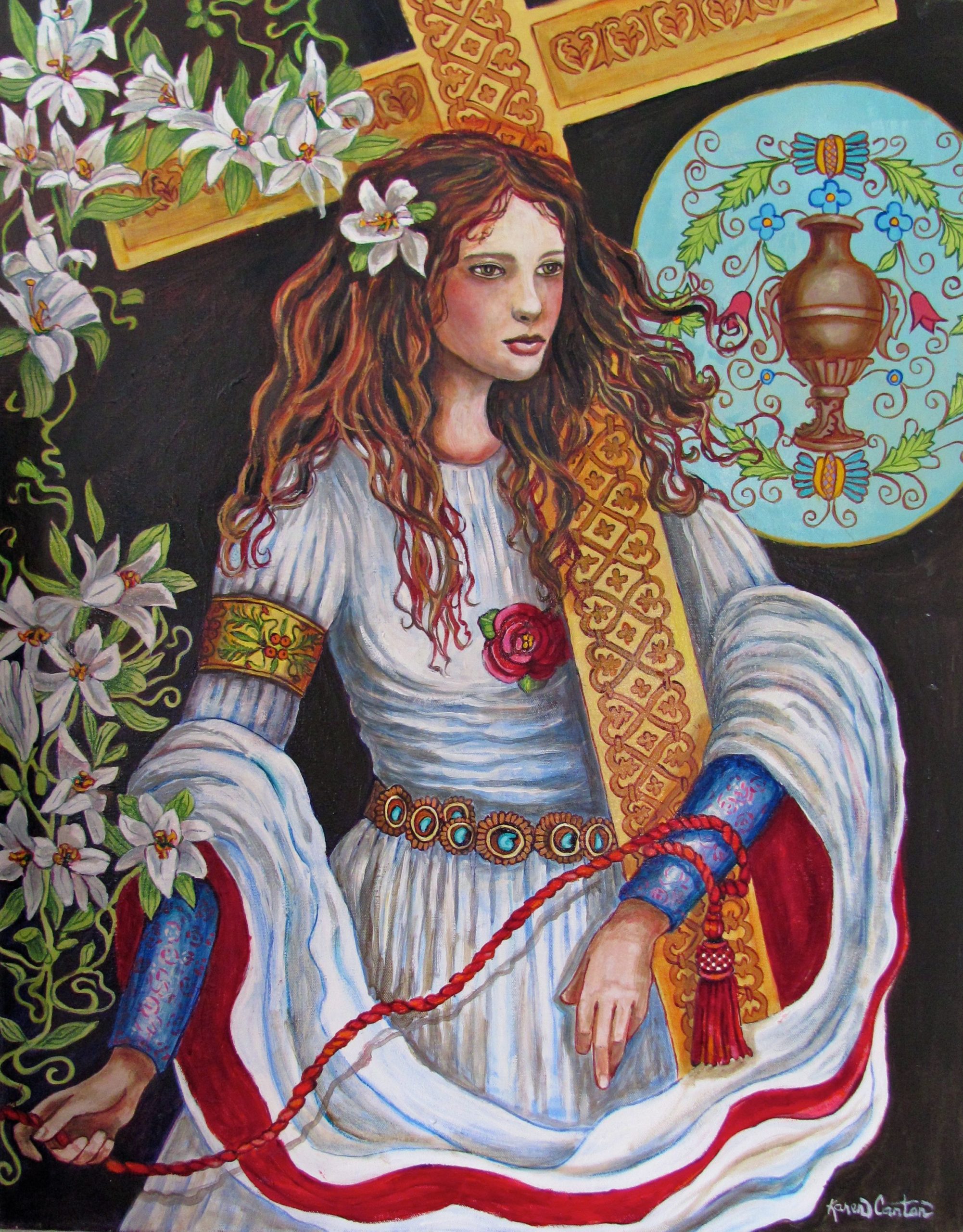 “Jesus died and rose from the dead.” While not exactly a ho-hum expression, we often take it for granted.

Think then, of the resurrection from another angle: What if no one had been there when Jesus walked out of that tomb? Would he have slogged through the streets of Jerusalem, perhaps winding up at Peter’s house? Would he have made his way to Martha’s home in Bethany, two miles away?

History would have been profoundly different were it not for Mary Magdalene, that once-broken woman had she not followed her heart. Bottom line: She showed up.

When all was at its darkest, when all seemed lost, she was there. And it is for that reason we celebrate her actions tomorrow—July 22—in all major Christian denominations world-wide.

What do we know about her?

This is a question not asked enough over the last two thousand years, as most of what we hear about her—that she was a prostitute—has no scriptural basis. She is named fourteen times in Scripture, and eight of those times, she is listed with other women—but her name comes first on the list. Five times she is named singly, having to do with the death and resurrection of Jesus. Once she is named with Jesus’ mother and aunt, and there she is mentioned last…but we note that she is in particularly strong company.*

This is what the Bible says about Mary Magdalene:

She was a leader among women (see paragraph above).

What about those demons? If Jesus healed broken people from demons, then demons they were, taking the the form of both emotional and physical maladies. Whatever the illness, whatever the deficiency, whatever the cause, Jesus healed those whose lives were shattered and torn apart by outside and/or inner forces— overpowering the forces that kept people from living whole and integrated lives.

Mary Magdalene was one of those broken people.

Suffering from seven, count ‘em, seven maladies, her distress would have been overpowering, her isolation unbearable. It did not matter if the bars that surrounded her were invisible, for she had indeed known solitary confinement within her soul.

What mattered was that upon meeting Jesus, her long sentence of turmoil-filled heartbreak was ended. With a word and touch, Jesus healed her. Completely. For the first time in many years, she was a free, fully integrated person—with a new group of people to love and a reason to live: Jesus. No wonder she was so loyal to him. For her, over the course of knowing Jesus, two healings took place: the freedom from seven demons and the freedom from total abandonment at the tomb.

So…studying her place in Scripture, and knowing her history and her actions, this much is clear:

She was a bridge-builder among both women and men.

Clearly, she loved Jesus, but she also knew and loved the other women surrounding him. One senses that because of her life experiences, she was able to guide the other women through the tensions of living away from their families, camping outdoors, etc. She may have also acted as a bridge to the men in the group, who may have found it frustrating that women were taking on key roles. Such bridgework was evident when, from the empty tomb, she ran to Peter’s house first.

She stood at the foot of the cross.

She would see her friend through ‘til the end. She may have been scared; she may have been heartbroken; she was no doubt filled with grief—but she was there, risking all.

She was the first to see and talk with Jesus after the resurrection.

There were many reasons why Mary Magdalene might not have gone to the tomb that morning, but one overarching reason why she did: she loved Jesus and would make sure he was properly cared for, even in death. Imagine her surprise and delight upon recognizing him. Imagine her wanting to throw her arms around him. Imagine her heart soaring when he called her by name. Many had disappointed her in life; Jesus had not.

She was the first to proclaim that he was risen; that he had overcome death and the grave. With the simple words, “I have seen the Lord,” history is rocked forever.

Bottom line: Mary Magdalene showed up. And because of that, Jesus depended on her to carry the most important news of all time to the world: that the powers of darkness had been beaten back. The world would never again be the same. Her commitment to show up, despite the darkness around her, serves as a great inspiration to us.

Excerpts from blog posted in July 2015.